It’s the final day of my lunchbox saga and I thought that a nice way to finish would be this simple yet scrumptious potato salad.

You can use tinned sweetcorn, but I prefer to boil a whole corn on the cob. The kernels are less sweet, but more wholesome as a result. When you shave off the corn, you can also get big chunks of corn kernels, which gives the salad more texture. 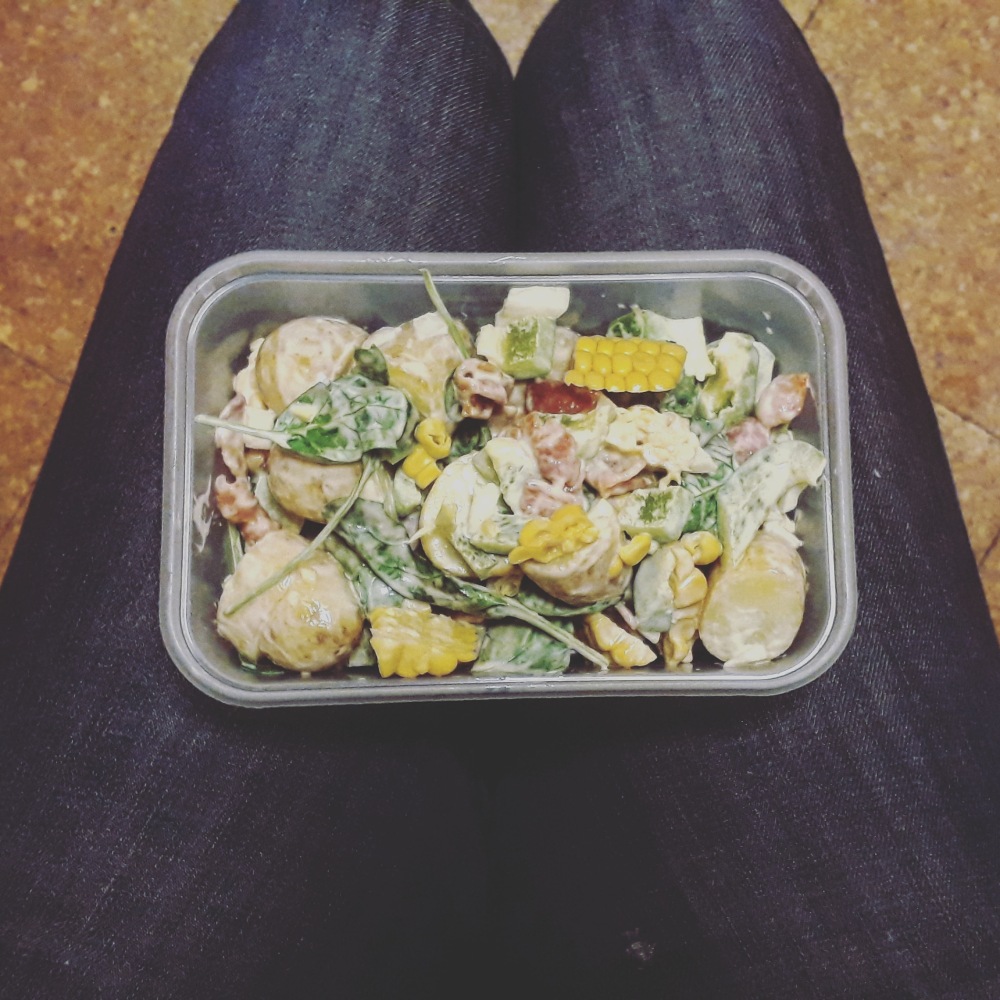 Picnics are made for sharing, so why not spread the love?

My name's Marguerite and I love picnics. I love them so much, I've decided to blog about them. Click on the image to find out why I think picnics are so great.